Intersection of a Convex Hull with a line segment

A ray, or line segment can be represented parametrically as:
S(t) = A + t(B-A)
Where A and B are the endpoints of the segment, and t is the parameter that ranges from –infinity to +infinity for a ray, or just 0..1 for a segment.

A convex object can be represented as the area contained within a set of planes. Thus, to find the intersection between a line segment and a convex object, we just need to clip it against all the planes that form the convex object.

We can determine if the plane faces the segment or not by evaluating the dot product of the plane’s normal, and the line segment’s direction vector. 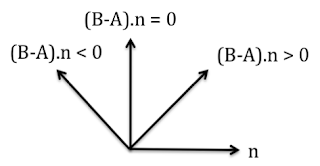 As we are testing the intersection against a convex object we can simply keep clipping against each plane and altering the segment endpoints until we have the minimum remaining line length, or the intersection length becomes empty (there is no intersection). 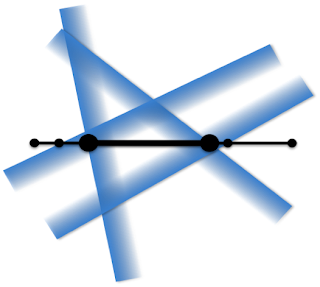 In pseudo-code the entire operation is:

This assumes that the convex hull has nonzero volume. If the object is planar then the final length of the clipped segment will be 0 even if it intersects the convex hull.