Slides on the Demoscene and WebGL demo effects 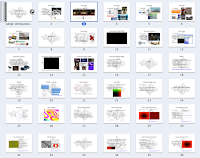 I gave a guest lecture at ECU for the Advanced 3D Graphics programming class. The slides cover:
You can get the slides on WebGL and the Demoscene here. Enjoy!
Posted by Adrian at 9:41 PM 3 comments:

I have been holidaying in china, which explains the lack of posts on the blog.

I went to China as a relatively experienced independent traveler with a western-cultural-view of China. A few things stood out to me as being quite different to the current prevailing western perception of China:
Some travel tips for an independent traveler:
Highlights for me were the Temple of heaven and Summer palace in Beijing, the Putuo Zongcheng Temple in Chengde, the Great Wall surroundings, Shangri La, Hong Kong and Yangshuo.

Expect a return to technical topics soon!
Posted by Adrian at 9:18 PM 3 comments: