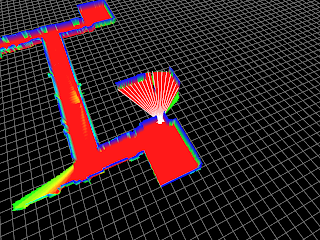 I also came across this great SLAM visualization tool for Player. A valuable resource on this is the Robotic Mapping and Exploration book (Springer Tracts in Advanced Robotics).
Posted by Adrian at 9:32 PM No comments: 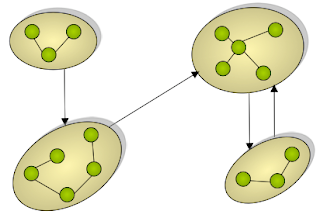 The slides to the High Performance Graphics conference are now available. I'm going to start on a GPU based tree search project soon so "Fast Minimum Spanning Tree for Large Graphs on the GPU" certainly looks interesting. The slides for Understanding the Efficiency of Ray Traversal on GPUs are also available
and you can now get the CUDA source code from Timo Aila's website.
Posted by Adrian at 9:23 PM No comments:

I recently got a mac, and am just slowly starting to get used to it. One thing I noticed the other day was funny 'chirping' noises coming from my mac, and the hard drive would seem to write like crazy.. I thought it was just 'something wierd', but I wasn't the only one. Now Apple have released an update that is supposed to fix the issue. Just needed a reboot, let the firmware install, it shuts your computer down, power it back up and your up and running again. So far so good.
Posted by Adrian at 3:19 PM 1 comment:

I've always thought something like this could be done, now we know how. Genius.

In related rigid body news:
Anisotropic Friction for Deformable Surfaces and Solids, for the next time you need a friction model.

A Point-based Method for Animating Elastoplastic Solids is a paper that presents another method to combine fluid and solid simulation using some of the same concepts from Mullers SPH paper. The code is built up from Adaptively Sampled Particle Fluids source. No code for this method though (yet). Haven't had an indepth look, but seems like a nicer approach than I previously discussed.
Posted by Adrian at 3:39 PM No comments:

Another catchup post:
Fluid Simulation with Articulated Bodies from gatech has some nice results, would could make a great basis for a new version of Karl Sims swimmers.
Sony has released Field3d, a open file format for volume data, which seems to take a lot of the low level work away from you when working with voxels, it supports slices,etc. as well.
Matthias Müller also has a new publication, Fast and Robust Tracking of Fluid Surfaces which describes how to efficiently generate surface meshes from fluid simulations.I've not read it fully yet, but presumably it is worthwhile.
I also stumbled accross some more open source fluid projects, Fire Dynamics Simulator and Smokeview from NIST which has some good looking fire & smoke simulations of houses burning, etc. and a new project nsproj, that has a parallel 3D Navier Stokes solver.
Posted by Adrian at 3:21 PM No comments:

'obvious' approaches like storing X&Y and reconstructing Z, or using spherical coordinates don't perform very well, on the other hand Stereographic Projection and Sphere Mapping apparently perform very well. Just goes to show you that even having the right idea (spherical coordinates) won't necessarily work well unless you find the right encoding.

Posted by Adrian at 9:35 AM No comments:

Now that it becomes an Intel owned product I wonder if all that wonderful support for other devices will just disappear? If they primarily want it to target their own Larrabee, then probably yes, but if they want to use it to establish a software platform for the next Playstation, or as their OpenCL interface, then it might have a good chance of good support for the Cell and perhaps still a few GPUs. I don't see why Intel would want to provide support to their competitors DSPs, and if Larrabee is meant to be a serious competitor to Cell and GPUs then this might end up being a very disappointing purchase..

Goodbye rapid mind.
Posted by Adrian at 9:25 AM No comments:


Furry Ball is a realtime GPU renderer for Maya, it certainly looks impressive. PICO the realtime graphics engine for maya has been making progress adding physics and a set of pico tutorials.

Also it is sounding like Caustic isn't just hype anymore, but will actually be used. Geeks3d has a post on the Caustic API.

In more graphics related news TNG viewer is a realtime opengl viewer for FBX, 3DS, OBJ, DXF, DAE, LWO and LWS scenes. Handy to have.
Posted by Adrian at 9:28 AM No comments:


I have to say, I'm not very impressed. I'd be keen to see how this holds up to an OpenCL GPU implemetnation, it certainly seems like CUDA has a strong position for now. They do have a good OpenCL introductory tutorial though.

In other news, nVidia released OptiX a realtime raytracing "engine", whatever that is supposed to mean..
Posted by Adrian at 10:29 PM No comments: 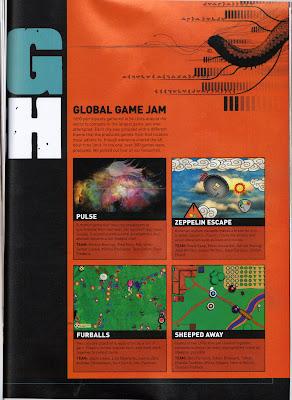 I just received an email from Josh, apparently the Game Jam entry I helped make placed in the top 4 Games selected by PC Powerplay magazine. Excellent!
Check out Zeppelin Escape!
Posted by Adrian at 3:51 PM No comments: