Getting started on the PS3 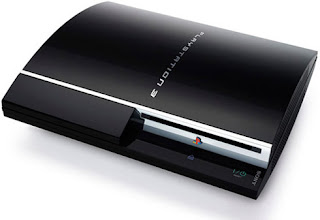 It's been a while since I set up my PS3 with Linux, but I remember it being a lengthy process. Installing Yellow Dog Linux on the PS3 is relatively straight forward, but then getting the compiler tool chain up and running took a while, mostly in just figuring out what to do. If you only have RCA out on the PS3 you need to install Linux in text-mode, which I remember being a bit dramatic (all the instructions assume you have the GUI environment).

After the install do a 'yum update'.
(Note, if you are behind a proxy you will need to set the http_proxy variable. For other networking issues 'ifconfig' up/down and 'dhclient' are your friends.)


Now do a search in yum for any SPU/PPU packages, ie: 'yum search spu' and install the relevant ones. (I can't recall which ones, probably libspe2,spu-binutils,spu-gcc,spu-newlib,ppu-binutils). At the end of this you should have spu-gcc, ppu-embedspu, ppu-ar and the usual suspects (gcc/g++).

Obviously the first thing to try is 'hello world' for the PPE, but after that a little SPU/PPU program is what to try. You should be able to find some code on the web, (try the GATECH STI website, or Jeremy's SPE hello world examples) so then you just need to build it:

Or, as a concrete example:

So in Step 1, we are compiling the SPE program, in Step 2 we are embedding it into an object file by providing the symbol name (eg: extern spe_program_handle_t hello_spu), the binary name (the result from spu-gcc), and the final object file.
In Step 3 we are creating a library from the object, and in Step 4 we are linking it all together.

The entire 'embedding' thing can be a bit confusing, but Alex Chow provides a great overview.

(Note: If you are working with windows, putty and winscp will make your life a lot easier. If your new to linux, try the 'nano' editor (or 'pico'), as opposed to the more powerful, and difficult to master vim. You can make something executable with 'chmod +x filename'. If you stuff up the console, typing 'reset' will save the day)

Good luck. You might find this Cell Cheat Sheet useful.
Posted by Adrian at 10:24 AM