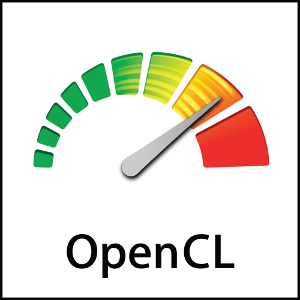 There's been a fair bit of news flowing out of nVidia, biggest first:
nVidia has released a GPU OpenCL implementation compatible with all devices that support CUDA (no surprise).
You can get the nVidia OpenCL from the nVidia OpenCL Developer Website.

Next in nVidia news, Nexus has been released. I haven't had a chance to try it, but apparently it allows you to debug GPU programs via Microsoft Visual Studio in the 'normal' way - this would certainly make GPU programming a little easier.

Finally, nVidia has released information on Fermi their next-generation architecture. Basically it seems to be more of the same (which is always good) without all the bad bits for GPGPU programming (even better!). The biggest changes are allowing multiple kernels to execute in parallel, and having decent double-precision support. This should really open up the scientific&engineering computing to GPGPU, and will probably do good things for getting accelerated raytracing happening. AnandTech has a good write-up on Fermi, although it looks like we will see Larabee before Fermi...

I had a chance to play with a 3xC1060 Tesla boards for the GPU fluid simulation project on a 64bit machine. This threw up a whole bunch of problems, since I was using MSVC express edition, which does not support 64bit (apparently.) Problem was solved by using the 32 bit CUDA wizard, redirecting the CUDA libraries to the 32bit versions (ie: c:\CUDA\lib, not C:\CUDA\lib64), and some other tweaks.
Posted by Adrian at 10:23 PM