Having lead a relatively academic life so far and being involved with lots of teaching people often ask me what the good universities are. It's hard to come up with something on the spot that you can really stand by.

Often people are considering traveling and living somewhere at great expense - you don't want this time, effort and money to go to waste. Luckily I have come up with a relatively fool-proof way of answering this question. 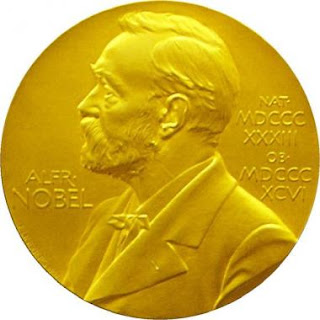 Any university with 20+ nobel prize laureates is probably quite decent. If your studying a nice solid established field then this should be the guide you use. If your in a new field (CS) then perhaps pay a bit of attention to the Academic Ranking of World Universities compiled by Shanghai Jiao Tong University. This ranking I believe acts as a bit of a 'predictor' for future nobel-success, since the nobel prizes seem to lag a bit behind the times, regardless of their original intention.

Of course, if your interested in a specific area, eg: GPGPU's you can look further down the list (eg: Georgia Institute of Technology (aka GATECH) (2)). CS is usually one of the more tricky ones since Maths/CS/etc don't get any nobel prizes. But that doesn't make Cambridge, MIT, and Stanford any less good...
Posted by Adrian at 10:06 AM