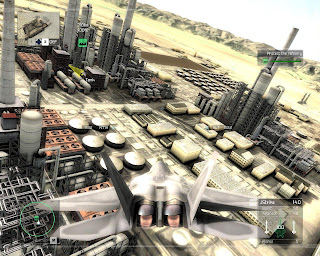 The AMD/ATI GDC09 presentations are up now, it is interesting to see that ATI is slowly becoming more open source / open tech friendly, I think the AMD merger helped in this respect. Since then a lot of good low level tech from ATI has been opened up including AMCL GPU.

A few articles caught my eye, the AMD Stream Physics sounded interesting, but was an empty presentation, more or less saying 'We also think OpenCL is neat'. At least AMD and Intel are both quite committed to OpenCL so it ought to be a success.

The most interesting presentations were ones that covered new DX functionality like "GDC2009: Shader Model 5.0 and Compute Shader". Other good ones covered applying old techniques to new GPU capabilities such as "GDC2009: D3D11 Tessellation" (bezier patches for tessellation, what a great idea, why didn't I think of that?), and "GDC2009: Authoring for Real-Time Tessellation and Displacement Mapping" covers the technical artists side of this.

"GDC2009: The A to Z of DX10 Performance" is an interesting read as it comes from ATI and nVidia together and cover some interesting performance aspects. Apparently rendering a single screen tri is faster than a single screen quad, and dynamic branches are preferable now. News to me! 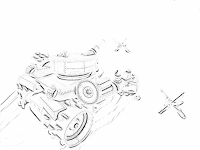 My favorite was "High Quality Direct3D 10.0 & 10.1 Accelerated Techniques". Mostly because of the real world examples of modern (HD) SSAO. One of my favorite tools. Mind you, it would be interesting to see how this stack up against Accumulative SSAO...
Posted by Adrian at 10:56 AM