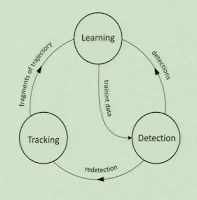 ROBLOX is empowered by an ever growing player base of over 300,000 creator players who provide an infinite variety of highly immersive experiences.

These experiences range from 3D games and competitions, to interactive adventures where friends can take on new avatars to discover what it would be like to be a dinosaur, a miner working a mine or an astronaut on a space exploration.