Since I've been sucked into the buzz about Larrabee, and after some discussions with some people at nVidia convinced me that it might not be a bad GPGPU afterall. I wanted to share some detective work over at beyond3d: 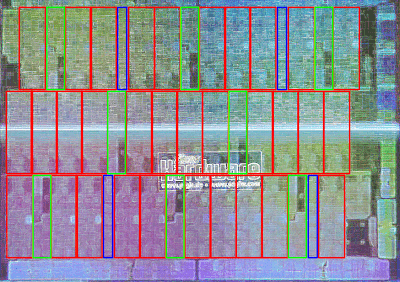 Looks like Larrabee will have 32 cores (as opposed to the original 24 suggestions) and, apparently 8 texture units. This means even at the low clock speed Intel originally quoted it will definitely be pushing around more than 1 teraflop peak. Will it actually be able to give us anything near peak though? I guess time will tell.

According to an 8U CUDA GPU/CPU cluster can achieve 1 tereaflop on the LINPACK benchmark. Now you just need a couple of hundred GPUs at your disposal and your in the top500.
Posted by Adrian at 3:01 PM